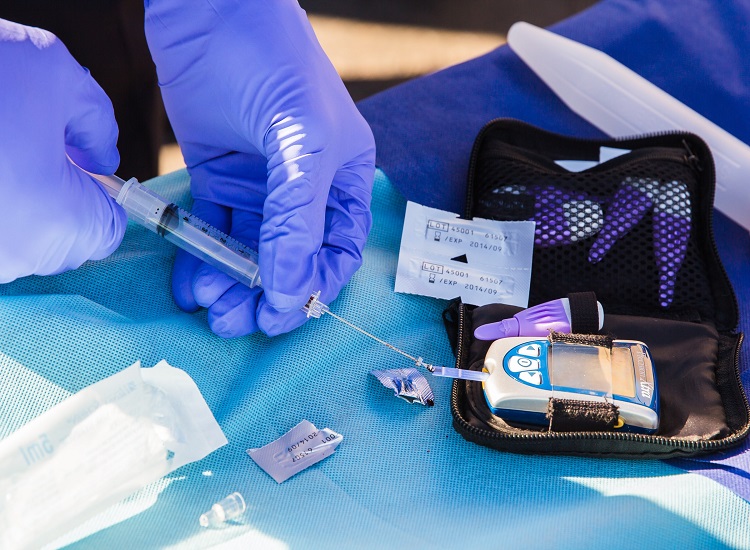 A new drug could help keep in check levels of blood sugar, but without risk of hypoglycemia. TAK-875 is called and, at present, is in a stage of experimental study. We will have to monitor the emergence of new results to see if it becomes an effective alternative to combat type 2 diabetes.

TAK-875. Not a flight number is the name of a promising new drug that could help reduce the level of sugar in the blood of people with type 2 diabetes without causing hypoglycemia when blood glucose (sugar) in the blood falls below normal and can be dangerous.

Type 2 diabetes is a major concern in current public health issues. It is a chronic disease characterized by having a blood sugar or elevated blood glucose and, although it has to have a predisposition to developing, is linked to lifestyle and other health conditions such as obesity. In fact, one of the main ways to prevent or delay is eating a healthy diet in which vegetables abound and proteins, along with an exercise routine.

When these habits are not enough, people with diabetes have a variety of medications to control, among which are the traditional insulin injections (which itself can cause hypoglycemia), sulfonylureas Micronase,  Diabeta, Glynase; Glucotrol and Glucotrol XL  and  Amaryl, inhibitors of alpha-glucosidase, the glitazones (Avandia and Actos, meglitinides Prandin and Starlix and metformin Glucophage, which has recently become one of the preferred (and which also causes hypoglycemia.

Verified the effectiveness of TAK-875, this medicine is experimental for now could join the list of drugs to fight diabetes. Called TAK-875 is a tablet that has been designed to enhance insulin secretion in response to changes in the blood sugar level. When blood glucose levels are normal, the drug has no effect on insulin secretion. Thus, reduces the chance of occurrence of what is known as hypoglycemia.

To discover how this new drug researcher of the Faculty of Medicine, University of Michigan, USA, studied 426 patients who had type 2 diabetes and did not get adequate control of diabetes through diet, exercise, or treatment with metformin.

Participants were divided into groups and, for twelve weeks, TAK-875 received a placebo or another diabetes drug called glimepiride Amaryl, according to the group in which they were.
According to the results, which were published in the online edition of the March 26 issue of The Lancet, all patients taking different doses of TAK-875 reduced their blood glucose (blood sugar).

Although the researchers were optimistic with the results, yet more research is needed to define how this drug in diabetes and another rule which does not cause unwanted effects such as heart problems. Furthermore, it should be noted that the study was funded by the laboratory that is developing the TAK-857, which is Takeda Pharmaceutical.

Meanwhile, if you want to avoid the development of diabetes or keep it under control, remember that the most important thing you can do is in your hands: just change some eating behaviors (which does not mean you have to forget forever the dessert) and you must fight the sedentary lifestyle with some exercise daily. Cheer up, not that complicated to improve your quality of life!