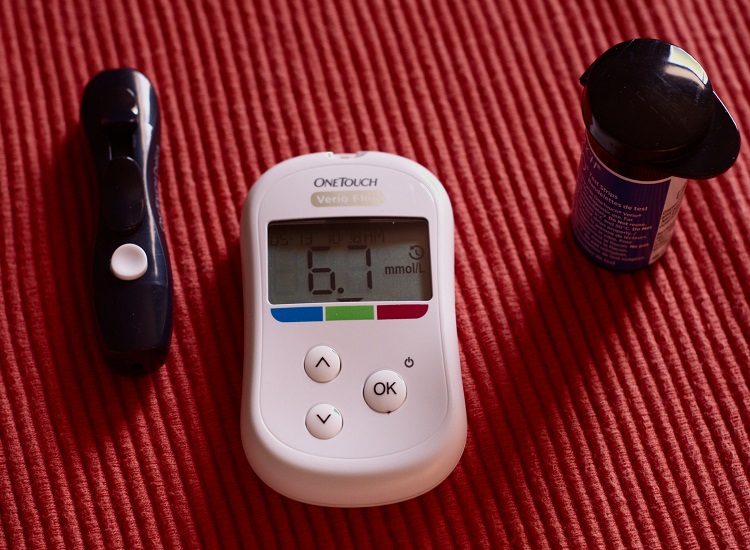 This rare type of diabetes is more commonly seen in Orissa, and southern India particularly Kerala as well as in tropical countries. These are of two types in relation to malnutrition.

(b) Protein deficient diabetes mellitus: In protein-deficient pancreatic diabetes, patients are markedly underweight. (BMI<19) There is an absence of ketosis and there is no pancreatic calcification though it may occur at a young age and need insulin administration for adequate blood glucose control.

(c) Gestational Diabetes: This rare type of diabetes occurs temporarily during pregnancy. Gestational diabetes mellitus is typically asymptomatic. The blood glucose levels normalize immediately after delivery. These women need to be followed up frequently as a certain percentage develops diabetes later in life.

G.I. FACTOR: IS IT BETTER TO EAT COMPLEX CARBOHYDRATE LIKE STARCHES INSTEAD OF SIMPLE SUGARS?

There are really no big distinctions between sugars and starches in either nutritional terms or in the G.I. sense. Some sugars such as fructose or fruit sugar have a low G.I. factor. Others, such as glucose, have a high G.I. factor. The most common sugar in our diet, ordinary table sugar (sucrose), has an intermediate G.I. factor.

Starches can fall into both the high and low G.I. categories too, depending on the type of starch and what treatment it has received during cooking and processing. Most modern starchy foods, like bread, potatoes, and breakfast cereals, contain high G.I. carbohydrates. What research has shown is that people with diabetes can eat the same amount of sugar as the average person, without compromising diabetes control.

However, it is important to remember that sugar alone won’t keep the engine running smoothly, so don’t overdo it. Studies have shown that diets containing moderate amounts of refined sugars are perfectly healthy (10 to 12 percent of kilojoule intake) and the sugar helps to make many of the other nutritious foods in the diet more palatable.

No. It is destroyed by digestive juices and can be given only by injection. When I grow up to be an adult will I be able to be on tablets like other adult diabetics? Not according to our present knowledge about diabetes. Certainly, some adults can be treated adequately by tablets, but they have a different type of diabetes. Once a child has developed diabetes he has the same type of diabetes for the rest of his life and this type of diabetes requires insulin.

It would be impossible to predict what changes in treatment will occur as a result of research which is now taking place in diabetes, but it would be wrong for you as a child to look forward to the time when you no longer have to have injections. One thing that will happen is that you will get so used to injections that you will hardly notice them.

You sometimes see on television or on the pictures a story in which there is great drama because a person with diabetes is likely to die if he does not have his injection. Could this happen to me if I missed out on my injection or was unable to have it one morning?

No. You would not die if you missed out on an injection of insulin. Certainly, your blood glucose would rise and you might get thirsty, but this could be corrected with extra insulin injections later in the day. Naturally, it is not good for you to miss out on injection but it would not be the drama that is sometimes made out in adventure fiction.

If you felt very sick in the morning and could not eat your breakfast, would you omit your insulin that day?

On no account miss out your insulin even if you do not think you are going to be able to eat your usual meals. The body still needs insulin to burn up energy and you can take sugar by drinking fruit drinks or soft drinks or other sugar substitutes for your diet if you are unwell. If you omit the insulin your body will burn up fat and this will make you sicker.

The Problem of Thinning Hair