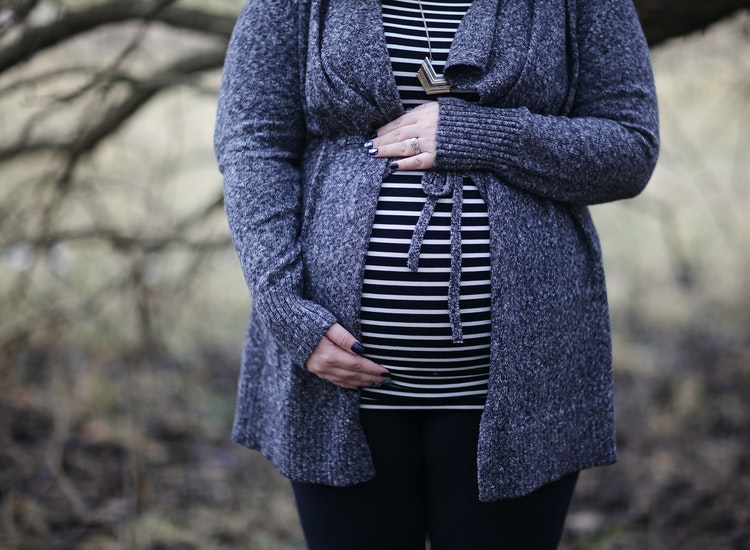 A fairly valuable sign that is readily available, but not used very much, is the basal temperature sign.

It is well known that the body temperature rises at the time ovulation occurs. This is the moment the tiny egg is released from the ovary. It occurs approximately fourteen days before the expected onset of a subsequent menstrual period. In women with a normal twenty-eight-day cycle, this also means ovulation occurs about fourteen days from the start of a period.

This sign is often used in women being investigated for the inability to fall pregnant (a condition technically referred to as “infertility.”) This will be dealt with later on.

At the time of ovulation, the temperature rises, perhaps as much as one degree. This generally falls again after a couple of days. But in the pregnant woman, the rise is sustained.

About this time, most women will have decided to go along to the doctor to discover for sure if pregnancy is underway. Many will have a good idea that conception has occurred, but most women are much happier to have this officially confirmed.

The doctor has a few other ways of checking. First of all, he will listen to your story. Generally, he will take notes on a history card, ask a lot of related questions, and enter the answers on the card. After this, he will then carry out a physical examination. At the first visit, this may be a complete physical examination, or he may wait until a subsequent visit before he does this in detail.

But he will almost certainly carry out a pelvic examination.

This is simple and quite straightforward. His aim is to confirm pregnancy or otherwise, and frequently in addition to the points you have told him, some physical changes may be checked.

Physical changes may have occurred in these regions. The vulva, the loose lips guarding the entrance to the vagina, is frequently a dusky bluish discoloration. This often extends up the front wall of the vagina. The vagina and cervix, the part of the womb that juts into the upper part of the vagina, become softer and more discernible. These are due to an increase in the vascularity of these parts and are usually evident as early as the fourth week.

Uterine Changes. In the early stages, it is sometimes possible to feel certain changes in the uterus. The doctor will check for the firm cervix of the womb. The upper part, containing the embryo, may also be a little more firm, but the middle part of the womb is softer.

However, in plump women, this is often very difficult to be certain about, and many doctors feel it is not possible to make a firm decision on “palpation” (as this technique of feeling is called) until many more weeks have elapsed. However, in some instances, it may be useful.